Our 67.8MW ac Goonumbla Solar Plant in New South Wales, Australia, has started generating its first Kwh of clean energy and it is expected to reach full capacity during the coming months.

Once fully operational, the plant will produce approximately 195,000 MWh of clean energy per year. This power output is enough to supply energy to more than 45,000 Australian households and avoid the emission of around 140,000 tons of CO2 annually.

To date, FRV has developed and secured PPAs for a total of seven solar projects in Australia: Royalla (20 MW ac) in the Australian Capital Territory, Clare (100 MWac) and Lilyvale (100MW ac) in Queensland, Moree (56 MW ac), Goonumbla (68.7 MWac) and Sebastopol (90MWac) in New South Wales and Winton (85 MWac) in Victoria. 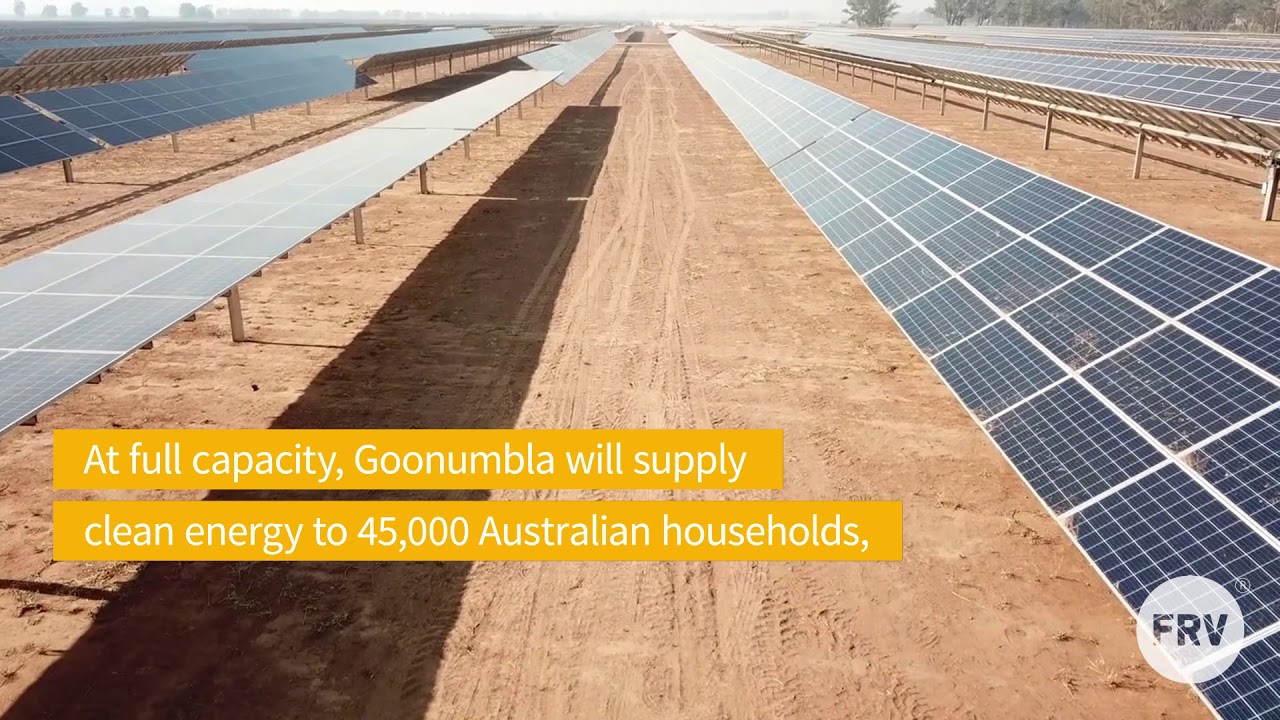