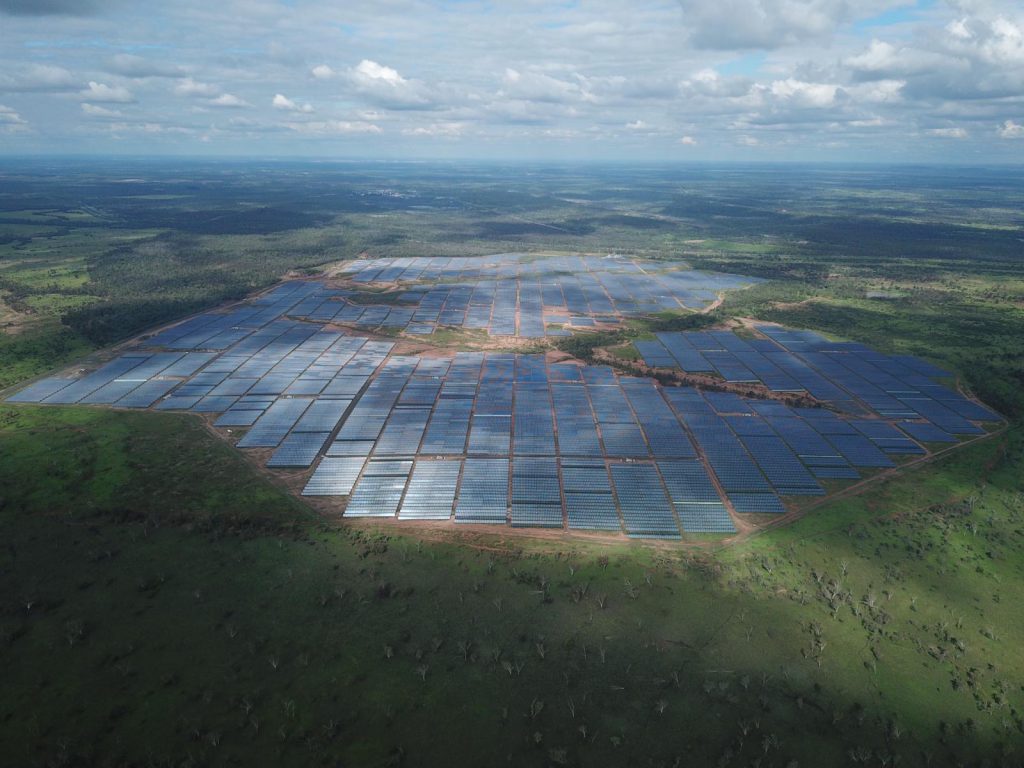 IFC, a member of the World Bank Group, the European Bank for Reconstruction and Development (EBRD), and the European Union (EU) have signed on to support the development of the first utility-scale solar power plant in Armenia, which is also the first for the Caucasus. The 55-megawatt power plant facility, located in Mets Masrik municipality, Gegharkunik Province, will boost Armenia’s supply of renewable energy and will help the country reduce its reliance on imported fuels.

The plant is being developed by Fotowatio Renewable Ventures (FRV), part of Abdul Latif Jameel Energy, a global leader in utility-scale renewable energy projects. The company will receive a $35.4 million debt financing package consisting of two $17.7 million long-term loans, one each from IFC and the EBRD. The project will also receive a €3 million investment grant from the European Union, mobilized by the EBRD. The IFC financing package includes an $8.9 million loan from IFC’s own account and an $8.9 million loan from the Finland-IFC Blended Finance for Climate Program.

The Masrik solar plant is expected to generate more than 128 gigawatt-hours of electricity annually at a competitive tariff of ȼ4.19 per kilowatt-hour. The electricity will be sold under a power purchase agreement to Electricity Networks of Armenia, a utility responsible for distribution of electricity. The project will displace the release of 40,000 tons of carbon emissions annually. Right now, nearly 70 percentof Armenia’s electricity generation depends on imported fossil fuels. As the country’s demand for electricity grows, renewables are expected to provide a sustainable and low-cost alternative source of energy and the Masrik plant is designed to set an example for the rest of the Caucasus.

“Armenia has great potential when it comes to the development of renewable energy, in particular solar energy, and the country is a strategic priority for FRV,” said Mikel de Irala, Managing Director, Middle East and Africa, FRV. “The financial close of our first solar project in the Caucasus-region is a milestone for FRV and it allows us to expand our reach and continue leading the utility-scale solar power industry worldwide. In connection with this project, we are extremely proud to contribute to the country’s sustainable economic growth, local generation of wealth and local employment, thus helping to build a more sustainable future.”

Aida Sitdikova, EBRD Director, Energy Eurasia, Sustainable Infrastructure Group, said: “EBRD is delighted to support this landmark project, which builds on our active policy engagement and investments in the Armenian power sector since 1993. Following EBRD’sfinancing of electricity networks, private generation, and privatizations, we are pleased to provide financing for this first utility-scale solar project, as we are working with authorities on developing further renewable auctions in wind and solar. We are deeply grateful to our partner, the European Union, for co-financing this remarkable project with us.”

“The Masrik Solar Energy Project will play a fundamental role in Armenia achieving its energy and climate objectives in line with the EU-Armenia Comprehensive and Enhanced Partnership Agreement and the Sustainable Development Goals. It also has the potential to provide a range of new jobs, create newindustrial opportunities in the region and contribute to economic growth, just as the EU promotes with the new European Green Deal,” said Andrea Wiktorin, EU Ambassador, EU Delegation to Armenia.

Cheryl Edleson Hanway, IFC’s Regional Senior Manager for Infrastructure and Natural Resources, said: “Energy security is critical to business activity, which is why supporting Armenia’s renewable energy plan is an important part of IFC’s mission. The Masrik solar project is an additional milestone in IFC’s support of Armenia’s efforts over the years to attract private sector investment to power generation.  It is the first step in the country’s ambitious solar power plans and will serve as an example to be followed by many more projects in the years to come.”

The project—which includes the development, construction, and operation of a 55-megawatt power plant and a nine-kilometer transmission line—is the first competitively-tendered solar-photovoltaic project in Armenia. The World Bank helped the government prepare the project and provided transaction advisory support. The bidding process, backstopped by the Scaling up Renewable Energy Program and the World Bank, was highly competitive.

The Masrik project comes after 15 years of collaboration between the World Bank Group and Armenia that has helped implement sweeping reforms to deliver more efficient power supply to consumers. IFC, the EBRD, and the EU have supported Armenia’s power sector through attracting private investment, bringing in global experience, and supporting the newest technologies. The increase of renewable energy capacity represents an important objective under the EBRD’s and IFC’s country strategies for Armenia.