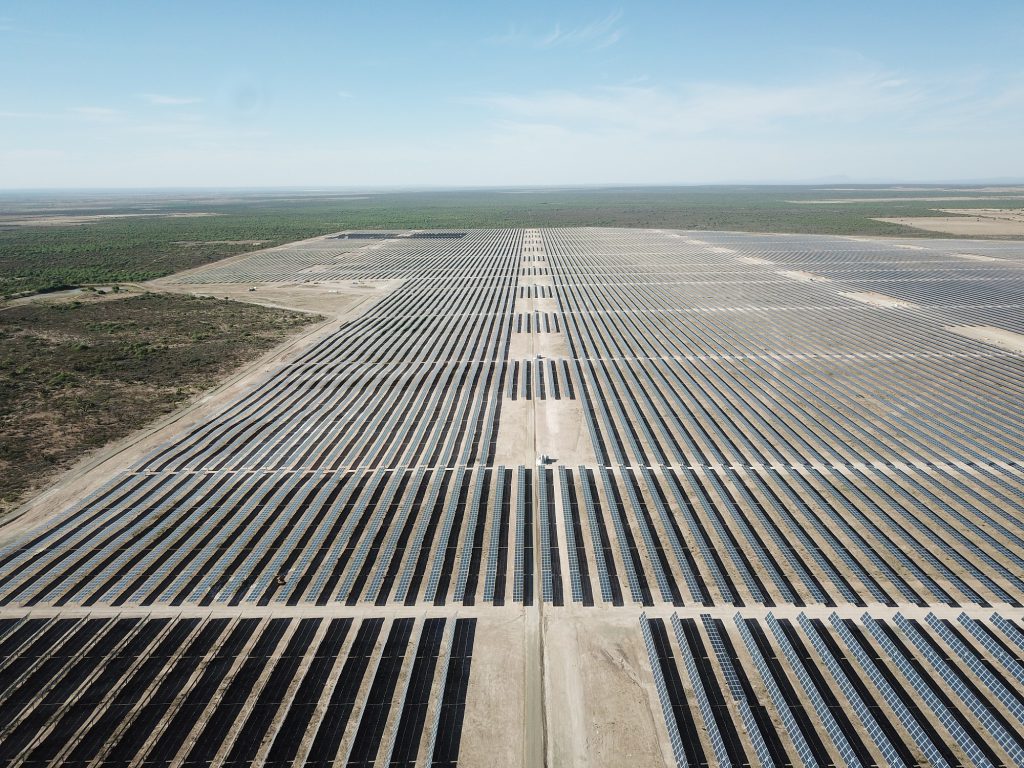 FRV reached financial close last March with the International Finance Corporation (IFC) and Banco Nacional de Comercio Exterior (Bancomext), and it is expected that the plant which began construction in late May, will be completed by mid- 2020.

Potrero Solar is FRV’s first project in Mexico to be financed before having any of its products (energy, CELs or capacity) committed in the tender schemes, and one of the largest merchant PV projects worldwide. It is also one of the world’s largest PV projects to use bifacial technology. Once operational, the plant will trade the electricity generated as well as the associated clean energy certificates at the country’s energy market.

With an approximate area of 700 ha, Potrero Solar will be located in Lagos de Moreno, in the state of Jalisco, and will use bifacial PV modules, a new technology that has the ability to capture both direct sunlight from both the front and reflected light from the rear side.

The solar power farm will generate around 700 GWh of clean energy each year, enough to supply around 350,000 average Mexican homes and reduce the emission of 345,000 tons of CO2 annually. In addition, Potrero, which will be built by a consortium formed by multinationals Power China and Prodiel under an EPC contract, will boost the economic development of the local community including the potential of around 1,500 jobs during its construction phase.

Fernando Salinas, Managing Director of FRV Mexico and Central America, highlights: “Mexico is a country that offers numerous opportunities for both FRV and international investors, due to its favorable market and weather conditions for renewable energy projects. Potrero’s financial close marks a milestone as the largest bifacial plant in the world and FRV’s first fully merchant project in Mexico. By carrying out this flagship project that will lead the way for other large-scale bifacial PV plants and that is also one of the largest PV merchant projects worldwide, FRV demonstrates its leadership once again and its ability to be a spearhead in the wider renewable energy industry.”

Ary Naim, Country Manager of IFC Mexico affirms “IFC has a long history of supporting Mexico’s power sector. By financing one of the first fully merchant large generation projects in Mexico, IFC sends a signal of confidence in the newly created electricity market, and demonstrates how projects can be structured without relying on long term contracts”

Bancomext assures that “Potrero Solar has all the features a financial institution looks for during a transaction: an experienced, highly professional sponsor, high-quality technology, an EPC provider with a well-proven track-record and a solid financial structure. With this project, Bancomext reaffirms its leading position in the Mexican market, supporting renewable energies under the ‘spot market price’ scheme and fostering job creation in the country during the construction and operation phases.”

Fady Jameel, Deputy President and Vice Chairman of Abdul Latif Jameel, said: “At Abdul Latif Jameel Energy, we are delighted to move forward to the next phase of the Potrero project. Potrero confirms FRV’s positioning as one of the leaders in the global renewable energy sector and further reinforces our long-term commitment to Mexico’s drive for clean energy. Mexico is a strong and promising market for FRV and Abdul Latif Jameel Energy, and we look forward to seeing Potrero spearhead the development of the sector in the country and further afield.”