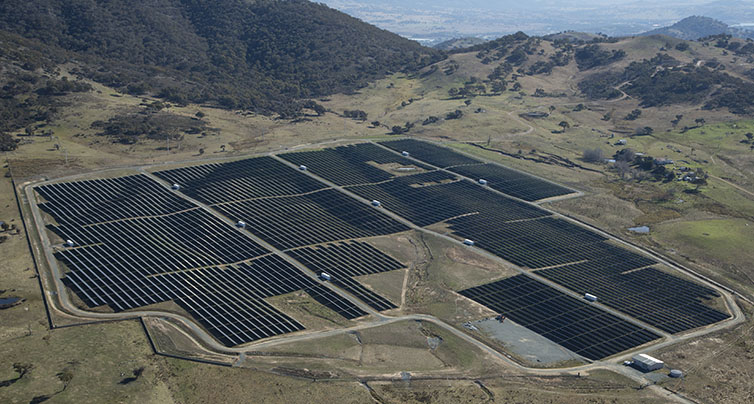 Located south of Canberra, the Royalla Solar Farm has an installed capacity of 24 megawatts (MWdc) and will generate enough energy to power nearly 4,500 Canberra homes while abating nearly 9540 t carbon pollution each year. FRV won the Power Purchase Agreement for the project in a competitive tender process.

An opening ceremony this morning was held to commemorate the event and was attended by Minister of Spanish Foreign Affairs, José Manuel García-Margallo, and the Australian Capital Territory Minister of the Environment, Simon Corbell. Other dignitaries in attendance included Australia’s Spanish Ambassador, Enrique Viguera, and Director-General, Environment and Planning Directorate, ACT Government, Dorte Ekelund.

“Royalla Solar Farm is a very important milestone for FRV not only in Australia, but globally, as it is our first project in operation since the incorporation of Denham Capital as our major shareholder,” said Rafael Benjumea, CEO of FRV, during the opening ceremony. “Through this commissioning, FRV is also bolstering its commitment to clean energy and further establishing itself as a global player in emerging solar markets.”

FRV also recently announced financial close for two large scale projects, the 70MWdc Moree Solar Farm in Australia, and the 65MWdc Jacinta solar farm in Uruguay. Since 2006, the company has been involved in the development of solar projects around the world totalling USD 2.4billion.

Royalla Solar Farm has been made possible thanks to the 2010 Australian Capital Territory (ACT) Government’s world leading Action Plan 2, regarding Climate Change and Greenhouse Gas reduction, which establishes for the ACT a 90 percent renewable energy target (RET) by 2020 as one of its initiatives.

“ACT’s renewable energy program is a great example of what can be done with thoughtful regulation. It is bringing leading global companies to ACT with competitive prices,” Benjumea added. “From here we encourage the Australian Commonwealth Government to support the RET in order to spur more projects like Royalla.”

Approximately 23 kilometers south of Canberra, the Royalla Solar Farm is situated near the Monaro Highway. The project is constructed over nearly 50 hectares and is the largest operating solar facility in the country.

During construction of the Royalla Solar Farm approximately 100 jobs were created.