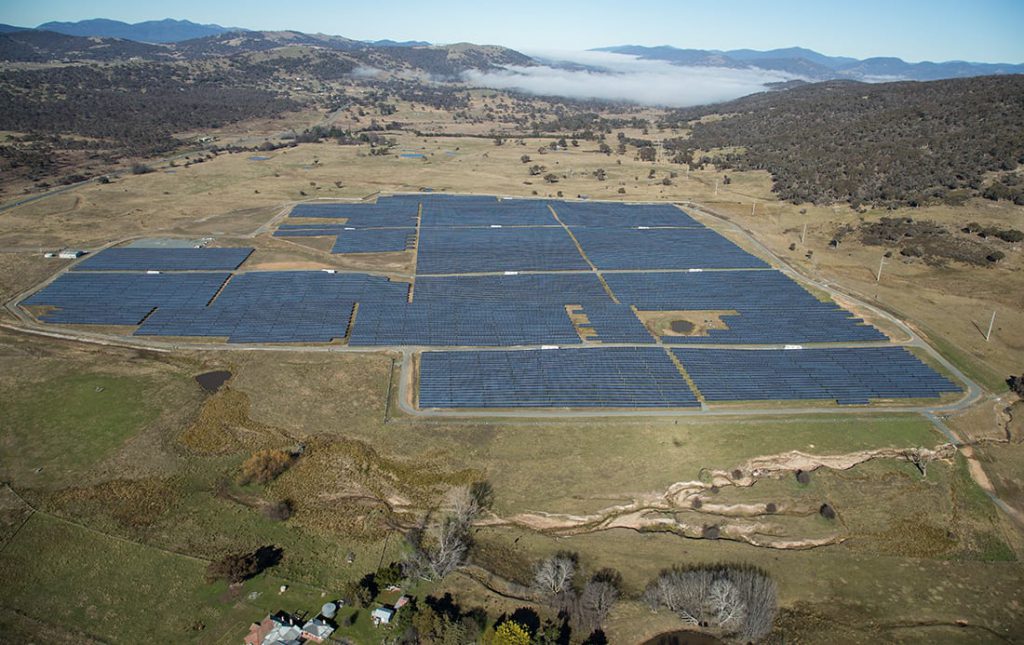 Developed by FRV, Royalla was the first project to be completed under the innovative reverse auction program launched by the ACT government. The utility-scale solar farm covers 50 hectares of land and was the largest in Australia when it started operating in September 2014. The solar plant facility is powered by 83,600 solar panels and was the first to be developed in the Australian capital, providing power for 4,500 homes.

“The Royalla transaction is in full alignment with FRV’s strategy to develop, build, sell and retain the asset management activities of renewable power generation assets across Australia and other global markets at an attractive return,” said Rafael Benjumea, Chief Executive Officer of FRV.

“Australia provides an ideal ecosystem, supported by the government’s transparent approach to business and an ambitious program exemplified by ACT’s target of 90 per cent renewable energy by 2020.” FRV will continue to provide asset management services for the Royalla Solar Farm on behalf of the new owner.

The Royalla Solar Farm also set a benchmark for the industry as the first large-scale solar power plant to be connected to Australia’s national electricity grid. The Australian Capital Territory is the buyer of both the electricity and the Large Scale Green Certificates generated by the Royalla Solar Farm at fixed price for 20 years. It is expected to abate 800,000 t greenhouse gas emissions over its lifetime.

The Company recently received planning approval for three different large scale solar farms located near the townships of Tieri, Clare and Baralaba, all in the State of Queensland. The three projects could deliver a combined generating capacity of over 300MWac when completed. FRV is currently constructing the 56 MWac Moree Solar Farm in northern New South Wales.

Australia is a promising market for renewables, offering some of the highest solar irradiation levels in the world that encourage the emergence of competitive large-scale solar PV projects. FRV aims to be a major player that contributes to the growth of the renewables sector in Australia and is actively pursuing the expansion of its presence and its solar project development pipeline in the country.