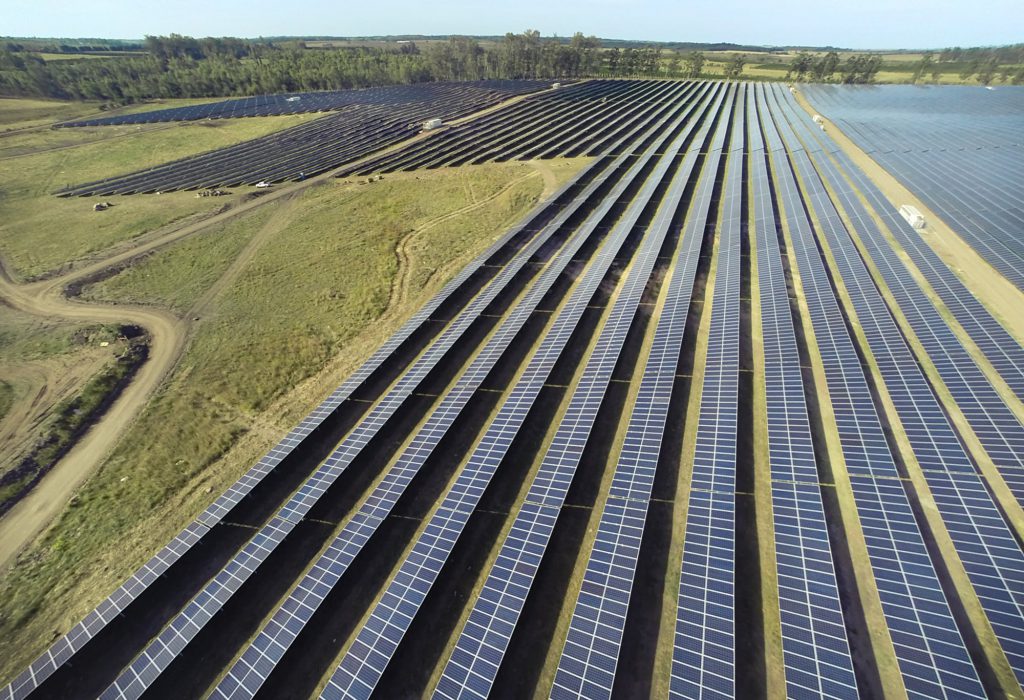 Fotowatio Renewable Ventures (FRV), a leading global utility-scale solar developer, has signed an agreement with Invenergy, a privately-held company that develops, owns and operates utility-scale renewable energy projects and storage facilities, for the sale of the 65 MWdc La Jacinta solar plant in Uruguay, one of the largest photovoltaic (PV) projects in Latin America.

Located in Salto in the north of the country, La Jacinta began operations in October 2015, and was the first large-scale solar project in Uruguay. The plant produces 102,735 MWh, providing clean power to more than 34,000 households, while reducing CO2 emissions by 72,000 tons per year.

La Jacinta was the first solar Power Purchase Agreement (PPA) signed with the National Administration of Power Plants and Transmission (UTE), which receives 100% of the energy generated. The PPA was signed in the context of an ambitious government policy aimed at promoting solar energy in the country.

Rafael Benjumea, CEO of FRV, said: “La Jacinta is a milestone in the development of renewable energy in Latin America. Not only was it thefirst operational PV plant in Uruguay and the largest in Latin America at that time; it also stands out due to its pioneering contract structuring and positive environmental and socio-economic impact locally.”

“Its success reinforces our credentials, and puts FRV in a favorable position to keep developing sustainable energy projects in the country and the wider Latin American region”, Benjumea added.

Matthew Olive, Invenergy’s Vice President of Development and Origination for International Markets, said that the purchase agreement of La Jacinta strengthens Invenergy’s commitment in Latin America, and in Uruguay in particular. Olive said: “Uruguay is a global leader in renewables, with over 90 percent of their electricity generation coming from renewable energy. We are excited to expand on our presence in the country, and in the coming weeks we also expect to begin commercial operations of Invenergy’s 70 MWdc Campo Palomas wind farm.”