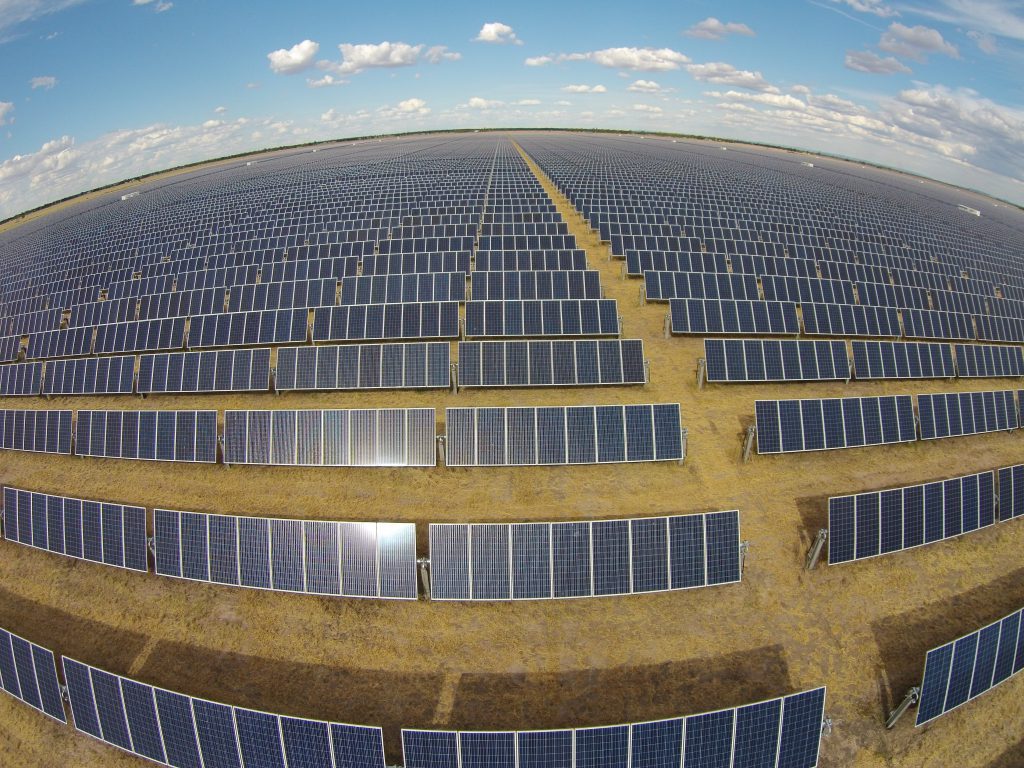 The Moree Solar Farm commenced construction operations in February 2015 and 12 months later it started supplying electricity to the grid. Since then, the Moree Solar Farm has already delivered over 134 GWh of energy to the grid, enough to supply around 22,000 Australian households, and played an important role during the recent heat wave on 10th February 2017, operating at close to 100 percent capacity at the same time New South Wales (NSW) came close to hitting record electricity demand.

Moree Solar Farm is the first large-scale solar project in Australia to use a single-axis tracking system, with PV modules that follow the sun’s path from east to west to maximize the energy generated during the day and lengthen the period in which that energy is generated.

Moree Solar Farm received US$ 77.9 million in funding support from the Australian Renewable Energy Agency (ARENA) and a debt finance commitment of US$ 35.2 million from the Clean Energy Finance Corporation (CEFC).

Chief Executive Officer of Fotowatio Renewable Ventures (FRV), Rafael Benjumea noted “The project would not have been possible at the time without the support of ARENA and the CEFC”.
In March 2016, FRV signed a 15-year power purchase agreement with Origin Energy Limited (Origin) which covers 100 percent of the output and all Renewable Energy Certificates generated by the solar farm.

Since then, FRV and Origin have also signed further PPA’s in relation to the 100 MWac (125 MWdc) Clare Solar Farm located near Ayr in Queensland, which is currently under construction, together with a PPA for the adjacent 44MWdc Clare II project.

Greg Jarvis the Executive General Manager, Energy Supply and Operations for Origin noted: “As the largest contractor of solar power in Australia, Origin is proud to be playing an active role in transitioning Australia to cleaner forms of electricity”.

Speaking at an event today to mark the opening of FRV’s landmark 56 MWac (70 MWdc) Moree Solar Farm, in NSW, Mr Benjumea said Australia would continue to enjoy the benefits of low cost solar generation if government regulations were appropriately set over the long term.

Mr Benjumea said “Australia’s renewable energy policy has been key to the emergence of a stronger, more resilient solar generation market in the country, which has driven increased investor certainty. Reductions in both the cost of capital and equipment have combined to make solar generation competitive with other forms of electricity generation.”

“Substantial economic investments are now flowing to regional communities across Australia because of this current level of investment in large-scale, clean energy projects,” Mr Benjumea added.

“These communities have seen firsthand how large-scale solar is generating jobs and building a viable new industry that complements existing land uses like farming and agriculture,” he said.

More than three quarters of the 150 construction jobs created by Moree Solar Farm were awarded to local workers with a substantial number of them being employed in subsequent solar projects. Five permanent employees now operate Moree Solar Farm. FRV estimates more than 300 people were engaged in the design, construction and operation of Moree Solar Farm, with even higher numbers in other solar-based projects the company has in the country and which will commence construction soon.

FRV has had a presence in Australia since 2010 and is actively pursuing the expansion of its presence by further developing its approximately over 1 GWac (1.25 GWdc) solar energy pipeline in the country.

FRV has also developed the first project connected to the grid in Australia, Royalla Solar Farm, which was completed under an innovative government-led reverse auction program launched by the Australian Capital Territory (ACT).